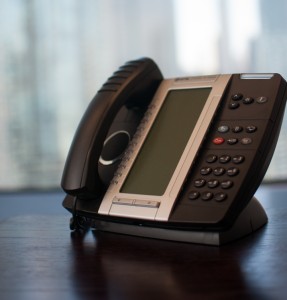 If you are regular follower of our blogs and social media postings, you will have heard us talk about the virtues of having a virtual office space as an alternative to using your home address or a P.O. Box. But this post is going to be a bit different. Inspired by a recent client’s requests and activity, we found a use that we have not really talked about.

A relatively new VoIP (Voice over Internet Protocols) virtual office client of ours is an independent small business owner that represents the products of a foreign manufacturer throughout North America. Being the sole representative for this product, he is often traveling around to trade shows and industry events promoting and selling these products.

The client does not carry inventory (except for samples) as everything he sells needs to be shipped from the manufacturer. Because of the large values of the orders, certain documentation, such as customs forms, needed to be faxed and sometimes need to be delivered by courier to get a signature. Instead of hiring a full-time office person to deal with such matters, the virtual office client decided that it was better for them to utilize on demand “a-la-carte” secretarial services. This not only avoided hiring someone, it saved them money because they only needed additional services once or twice a month.

Some small businesses look at their virtual office as their central hub. Various virtual office plans are known to include access to other business centres around the world where they can “touch down” or just use the boardrooms and meeting rooms while they are on the road. While the client considered opening his virtual office with a large chain of office-space providers, he chose Telsec Business Centres because of the personalized service that they might not expect from a larger corporation. He also chose Telsec because he did not need to pay extra fees that were included in other more expensive plans for services that he would not be using in the first place.