Time to Talk About Nap’s – and Naps!

Back in April we posted a blog called When is it a Good Time for Small Business to NAP? But it was not the type of “nap” our readers were expecting to read about. The blog was about the importance of having your Name Address and Phone number (NAP) listed on as many relevant websites in order to help a business rank higher on Google Local searches – as well a to be more easily found on Google Maps and GPS devices. Having conflicting NAP’s on various source sites could work against a business due to the confusion.

For the purpose of this blog entry, we are going to discuss the traditional nap, or as some call it “the power nap.” Study after study has shown that a 20-minute to 30-minute nap can help to regain short-term alertness during the work day.

According to the U.S. National Sleep Foundation (https://www.sleepfoundation.org/article/sleep-topics/napping) the benefits of napping are:

Other benefits? Many people report that naps can help burnout, can heighten sensory perception and can reduce you risk of heart disease. Most importantly for business, a 2002 Harvard University study showed that a mid-afternoon nap can make you more productive at the end of the day. 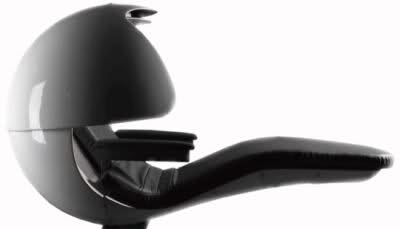 Many large companies (especially high-tech companies) have paid attention to the studies and have started to provide space and sometimes pods for employees to take short power naps. Companies want to get the most productive work they can from employees who have to be creative and forward thinking, so they must be creative and forward thinking themselves about how to get the very best from workers. For example, when Google opened its new Toronto offices downtown, they took a lesson from those learned at their headquarters in Mountain View, California. Google set up some cool, high-tech sleep pods in order to allow employees to recharge themselves. The did not just buy any nap pods. They went with sleep stations that are called EnergyPods. Created by a company called MetroNaps, the EnergyPod is said to use technology that was designed for NASA. They are specifically engineered to allow people to catch some quick shuteye, thus helping to regain energy in a shorter period of time.

I know you are thinking “I do not work for a big company that has expensive sleep pods” or “there is no room in my Toronto office space for a nap room or a high tech sleep pod.” Well, there is a solution for people who do not have access to sleep pods or nap rooms in their office. One idea we talked about last August in our blog entry You could have a Nap room in your office space Toronto were desks that could easily convert to a bed, and back to a desk, in a matter of seconds. But for those who do not want to nap in their office, there are a few options such as local hotels that offer special daytime nap rates, library reading rooms, your car and even hotel lobbies.

Some airports and even a few cities are now seeing sleeping pods that you can rent for half an hour to catch a nap. From October 22 to October 27, Breath Right Nasal Strips is offering free use of their traveling pod hotel in Toronto. With the science behind the effectiveness of nap-taking currently growing, it should not be long before permanent nap pod businesses open up in an office-space location near you. It may not be long before you see mobile nap pods that show up to your Toronto office space and take you for a 20-minute “ride’ while you take a nap.