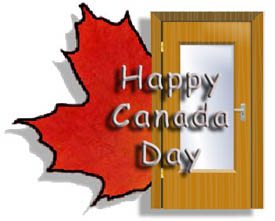 In deciding how to say Happy Canada Day from office space for rent Toronto, this writer did not know if he should just talk about office space rental Toronto and how it is open today or talk about Canada Day itself. I decided to mix a bit of both. First let me share with you how Wikipedia describes Canada Day: “Canada Day (French: Fête du Canada) is the national day of Canada, a federal statutory holiday celebrating the anniversary of the July 1, 1867, enactment of the British North America Act, 1867 (today called the Constitution Act, 1867, in Canada), which united three colonies into a single country called Canada within the British Empire. Originally called Dominion Day (French: Le Jour de la Confédération), the name was changed in 1982, the year the Canada Act was passed. Canada Day observances take place throughout Canada as well as by Canadians internationally”. Not exactly inspiring. So what is Canada Day and how should it be celebrated?

One thing I had done last week, before writing Happy Canada Day from my office space for rent Toronto blog, was to talk to some of Telsec’s office space Toronto clients. While not all the clients at Telsec are Canadian or were born in Canada, all the clients I talked to were proud to be living in Canada – able to have their own businesses and able to have their office in a Toronto office space that is proudly Canadian owned. Some of Telsec’s American office space clients said that the thing they loved about Canada Day was not just that it meant their own 4th of July Independence Day was coming, but they were residing in Canada on a Day that Canadians and non-Canadian’s celebrated what a great country this is.

As Canadians we often take Canada for granted and do not always wave our flags or sing our national anthem (unless it is at a sporting event). This is the other time of the year that we wave our flag. Take this day and celebrate Canada and what it stands for.  Forget about politics – just show you are happy to be in Canada. Don’t forget those new Canadians who have worked hard to get to become Canadian because of their love of this country.

When Canadians read this Happy Canada Day from office space for rent Toronto blog, I hope they will understand that Canada Day may be the one day of the year that we openly celebrate our nationalism, but it is also the day that others embrace Canada and try to enjoy all things Canadian.