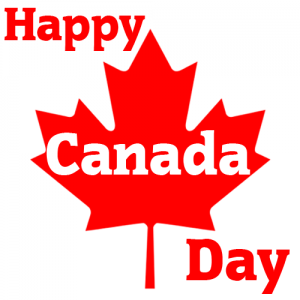 One of our international office space tenants asked us why we are closed on July 1st, but the fact is we are not closed to tenants on holidays such as Canada Day. Our office tenants have full access to their offices, boardrooms and most of the amenities they are accustomed to, such as network printers, photocopiers and fax machines. The only things that are not available to office tenants who have 24 hour access 365 days a year is reception services and our helpful staff.

Another one of our International office clients asked us to tell them a little bit about Canada Day and the significance of the holiday, so we decided to make today’s blog and social postings about Canada Day facts.

2015 marks the 148th celebration of Dominion Day (Canada Day), which commemorates the day that Canada became a nation. It was on July 1, 1867, the British North America Act united the British colonies of Upper Canada, Lower Canada, New Brunswick, and Nova Scotia into “one dominion under the name of Canada.” These four colonies became Canada’s first four provinces; Lower Canada was renamed Quebec, and Upper Canada was renamed Ontario.

Until October 27, 1982, July first was called Dominion Day, but an act of parliament established the new name “Canada Day”. The reason for the new name was a symbolic step away from Canada’s colonial past. Like the Fourth of July festivities in the United States, Canada Day is celebrated with such summer pleasures as picnics, barbeques, and fireworks.