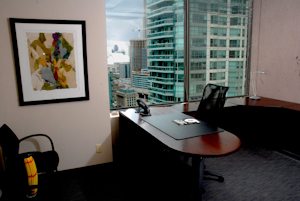 With continuing residential condominium development, especially in Toronto’s downtown core (particularly in the area around Yonge and Bay Streets near Lake Shore Blvd.), Toronto office space and office space for lease Toronto is becoming less and less available. Despite the current flat economy, new condo units are being built and recently finished units are filling quickly.

According to a recent Toronto Star article, more than 70,000 new units have been built in or close to the downtown core in the last 5 years. Another 17,000 are now under construction or are expected to be available by the end of 2011. This is attracting young professionals from the suburbs who have now decided to reside in downtown Toronto.

Other reasons for this influx include re-development of the waterfront, easy access to parking, nearby shopping, restaurants, sports venues and other attractions – as well as mounting frustration with long drives to and from work.

There is also interest in upscale office towers that offer more elegant (yet still affordable) office space for lease, along with many amenities similar to their own new condos (that will likely be located only minutes away). The key word here is comfort and convenience – and these young professionals, whose time is at a premium, expect top-notch service.

This continuing popularity of downtown Toronto as a home is also encouraging competition among business centres in nearby buildings that offer Toronto office space for rent as well as underground parking. This activity has kept prices for leasing downtown office space low and spawned additional perks to attract new tenants. Rental options have now grown to include everything from inexpensive virtual offices to salesperson ‘landing’ or ‘shared’ offices, to elegant Toronto executive offices.

The result of all this is that the vacancy rate for prime downtown office space has fallen to an unprecedented low – just 5.1% in the third quarter of 2011, according to the Star. Only Vancouver has a lower office vacancy rate (3.7%). This has occurred, says the newspaper, despite the fact that 4.5 million square feet of office space has been added to Toronto’s downtown core in the last two years!

So, if you’re intending to check out office space for rent or office space Toronto for lease, you’d better do it now. It’s also a good idea to investigate options before the snow starts to fall and parking and commutes become even more of a nuisance.